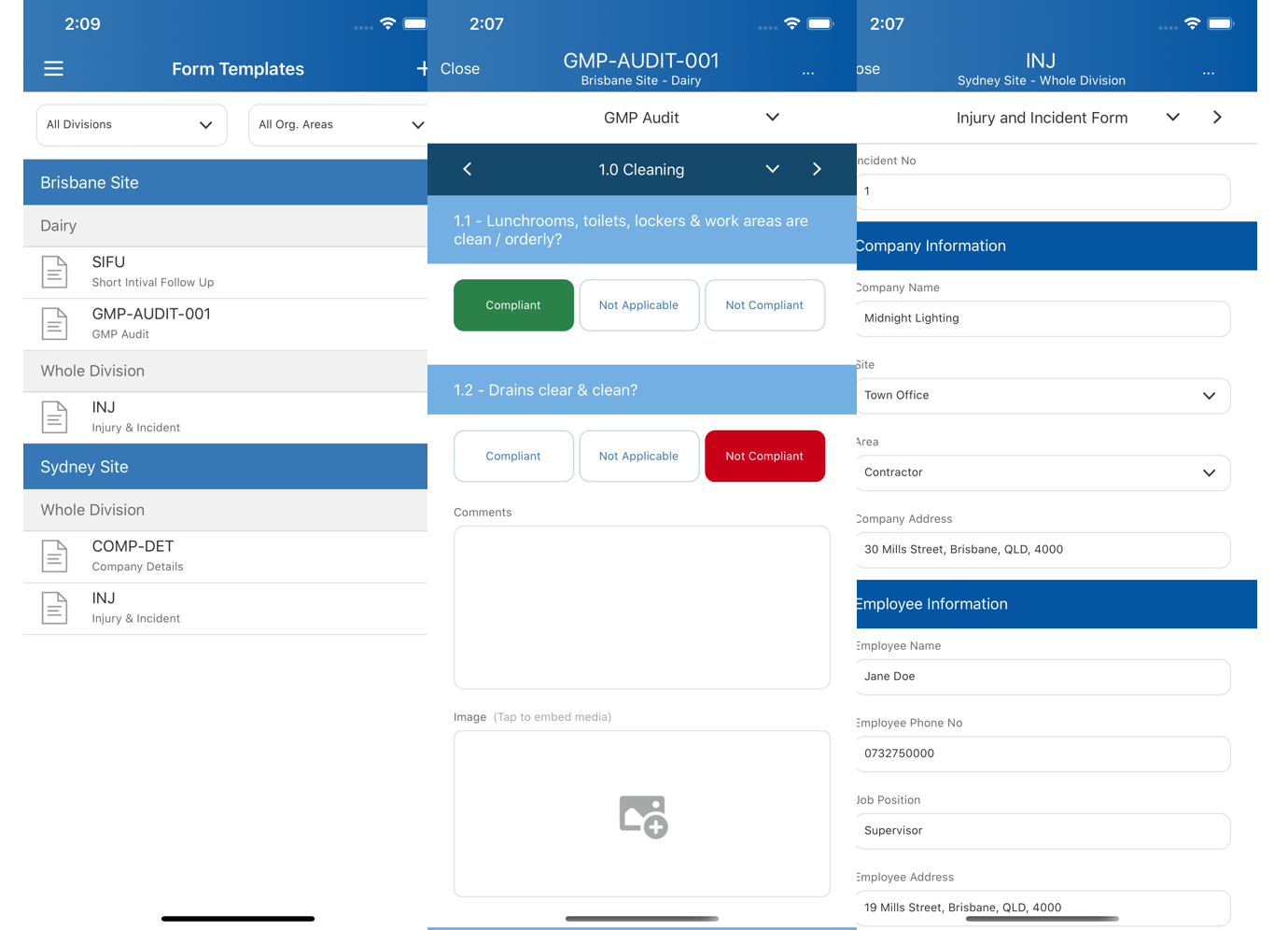 “Our partnership with Dark Ice delivered a very good framework to work from, a prototype that allows us to demonstrate some InformationLeader functionality to clients to garner more engagement and a collaboration that enabled us to successfully launch the app in the Apple and Google Play stores. And most importantly, we achieved greater buy-in from prospective clients.”

Theta Technologies Pty Ltd began in 1996 as an Australian e-business consultancy and implementation firm. Over the last decade Theta Technologies has helped organisations in both private and public sectors in food, export, manufacturing, and health industries with software used to meet their compliance requirements through their flagship product, InformationLeader.

With partnerships around the world and a client base crossing a wide range of industries Theta Technologies has now established itself as a leader in providing electronic solutions to compliance problems worldwide.

Once a form has been completed, it is submitted to a client’s existing InformationLeader implementation. This will make the information available for further actions and reporting.

A number of Theta’s existing and prospective clients were regularly asking the question, “Do you have an app?”. As an example, Garda, one of the largest chicken producers in Australia  and a client of Theta needed to make observations and checks when in freezers or places where they cannot have any kind of connectivity to the main server – they needed to have access to InformationLeader while offline.

InformationLeader, being a web solution, did already work on devices natively through a browser but Theta’s clients were seeking to leverage the power of InformationLeader as a back end while allowing users to fill out simple forms in the easiest way possible on their mobile devices.

In addition, exposure to a number of audit centric scenarios highlighted to Theta’s executive team the potential benefits of and the need for a mobile application to complement InformationLeader.

The business did not want to have different code bases for different platforms. Theta ultimately determined that Xamarin was the best approach to creating a multi-platform application, where it was possible to predominantly develop one cool set of functionality with minor application platform changes.

“We were originally looking at hiring a contractor for a period of time to complete the mobile app build but instead found the skills we needed in Matt Crombie at Dark Ice,” said Robert Cremorne, R & D Manager – Senior Software Engineer, Theta Technologies.

Specialising in mobile development for iOS + Android (with a special focus on Microsoft Xamarin) as well as web development, Dark Ice was the ideal fit for Theta’s app development project.

With the agency selection made, Theta and Dark Ice fleshed out the functional requirements at a high level. From there, Dark Ice was responsible for creating a design specification based on those requirements and collectively, a storyboard of the various pages was drawn up.

Dark Ice delivered a mobile app that didn’t replicate InformationLeader but provided a framework for:

“When it came to the aesthetic aspects of the application, Dark Ice was very good at putting together a framework and a sequence of pages that ultimately made up what we required the application to do,” continued Robert Cremorne.

One unforeseen delay to the project was caused by the API requirements. While Dark Ice was working on the mobile app development, Theta simultaneously developed internally what they call a ‘software development kit’ that encapsulated the complexities of interpreting the template structure and the rules behind various conditions in InformationLeader.

“In the latter months, as the app was closer to completion, Matt and Aaron (Software Engineer, Theta Technologies). started working together, with Matt taking on a mentorship role to help see the project to fruition. And, it was the right timing for someone to take on full responsibility for the app’s future,” said Robert Cremorne.

Theta still considers themselves to be in the infancy stage of the app, with more features and functionality to be added. “We need to evolve to a point where we can also take data from Information Leader into the app. For example, allow users to update existing information and resubmit those updates. It sounds simple, but there is a huge amount involved in that because we then have to expose the information from within Information Leader to the app,” said Robert Cremorne.

“Our partnership with Dark Ice delivered a very good framework to work from, a prototype that allows us to demonstrate some InformationLeader functionality to clients to garner more engagement and a collaboration that enabled us to successfully launch the app in the Apple and Google Play stores. And most importantly, we achieved greater buy-in from prospective clients,” said Robert Cremorne.

Why choose Dark Ice for your iOS + Android project

For a free quote and to begin a discussion with us, please visit our project cost analyser. 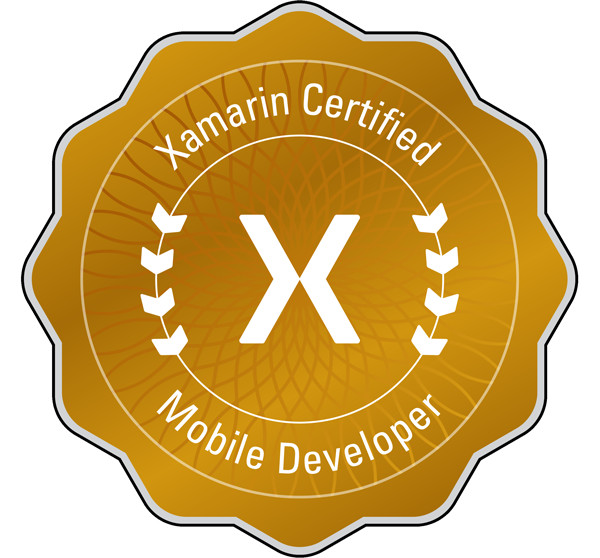